Buxton Community School marked their respect for all those who have given and continue to give their lives in war, with their annual Remembrance Assembly on Friday 9th November. The service included; a presentation from Deputy Head, Mrs Sam Jones,  readings from sixth form students and two amazing songs from the choir (which left not a dry eye in the house!)  Cadets honoured the old boys of Buxton College by reading out from the Memorial Board the names of those who gave their lives in World War II and also former student Scott Gregory Taylor who lost his life in Afghanistan in 2010.   Sixth former Jacob Whittaker and Y9 student Priya Seward did a magnificent job with the Last Post and Reveille. After a minutes silence throughout the school to honour those who have lost their lives, those present in the service gave a minutes round of applause for all active Service Personnel.

Refreshments were served, giving an ideal opportunity for staff and students to chat with visitors who included; school governors, several ‘old boys’ of the school and representatives of Buxton & District Lions and The Inner Wheel.

The school are very keen to reinforce to students the significance of Remembrance Day and their responsibility to pass this on to the next generation. 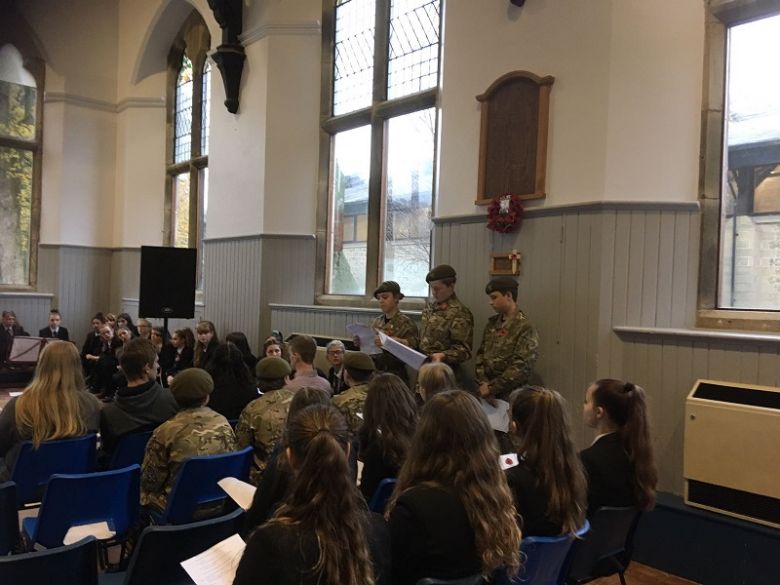 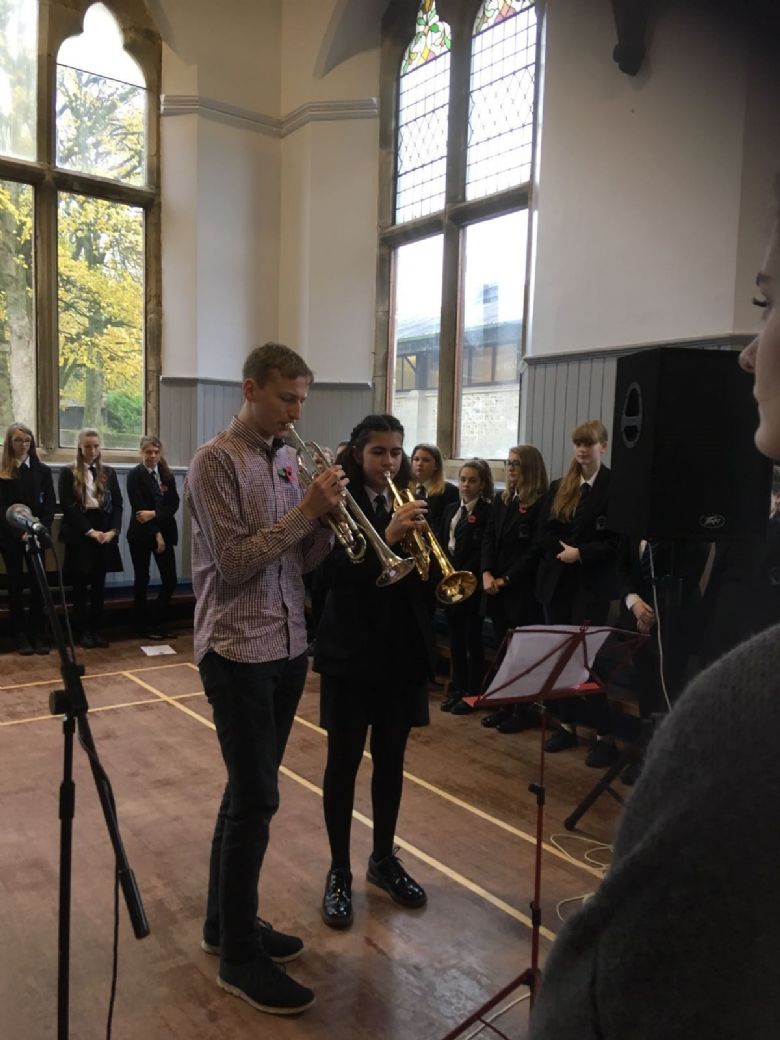