BCS enterprise team, TAIBO, do us proud at Buckingham Palace

TAIBO enterprise team consisting of Emma Davies, Monika Dent, Kierra D'Sanchez and Ellie Lloyd travelled down to London on Tuesday to the final of the Tycoon in School's (Peter Jones Foundation) enterprise competition at Buckingham Palace.  Just 8 teams made the final out of a total of 389 entrants.

It was a prestigious event that was attended by the Duke of York (Prince Andrew) and Peter Jones. The students finished runners up in their category with Peter Jones and the judging panel highlighting their resilience and communication skills as key to being so successful in the competition. The event also gave TAIBO the opportunity to show their products off to Prince Andrew and Peter Jones as well as VIPs from Barclays and SAGE.

The students have been selected to attend and have their own stall at an enterprise festival in June called Entfest.  EntFest is a unique celebration of enterprise and entrepreneurship, brought by the Peter Jones Foundation and hosted by the University of Buckingham.

The students were an absolute credit to the school and finishing 2nd was certainly not just a consolation.

The students would personally like to thank Mr Ward and Miss Barratt for all their support during the competition and would also like to thank Fairhome Group PLC for sponsoring the students travel and expenses on the day of the finals. 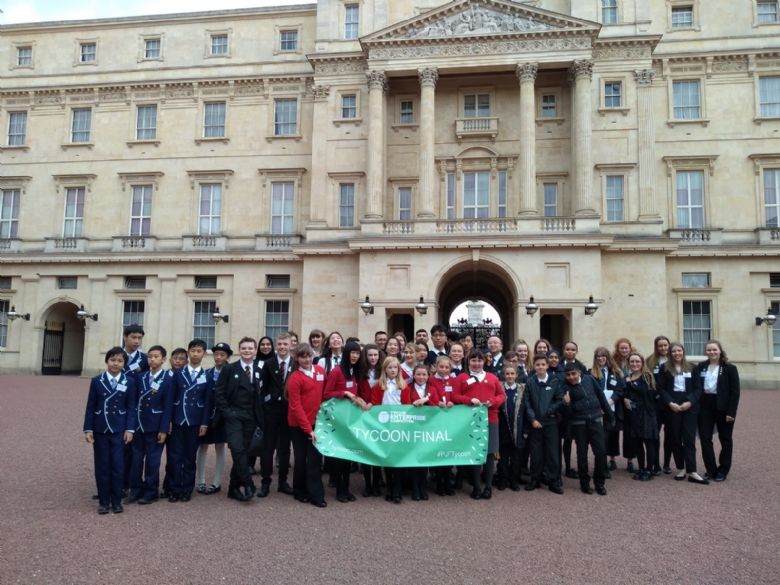