Fame! JR plays to sell out crowds all four nights

Students were “on top of the charts” when they offered a joyous performance of Fame! JR performed to sell-out crowds on the 11th-14th February. The show had a cast of 58 students, with main parts being double cast to allow as many students as possible to have a lead role. The success of the show and the sheer quality of the performances have served to really raise the profile of the Arts in the school.

Conceived and developed by David De Silva, featuring a book by David De Silva and José Fernandez, music by Steve Margoshes, lyrics by Jacques Levy, and the title song “Fame” written by Dean Pitchford and Michael Gore, Fame! Jr. is set during the last years of the “Fame School,” New York City's celebrated High School for the Performing Arts on 46th Street (1980-1984).  The musical follows the bittersweet but inspiring story of a diverse group of students as they commit to four years of grueling artistic and academic work to achieve their dream of “hitting the heights” and putting their “name in lights.” With insight and humor, the show explores the issues that confront many young people today, including prejudice, identity, self-worth, literacy and perseverance.

“In Fame! JR. the characters discover it takes much more than talent to achieve their goals, they must find their true artistic voice, build up their confidence, learn how to collaborate well and work very, very hard.  The Buxton Community School students exhibited these same life skills and discipline through their process of staging Fame! JR. 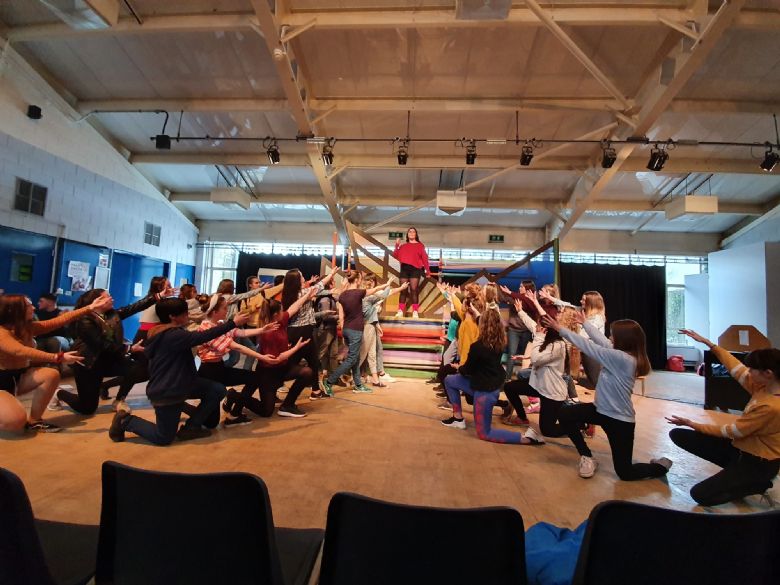