Matthew Powell fought at the ICO World Championships in Birmingham in October as part of the England team.

Matthew attended the World Championships as part of the ICO England team with 4 other competitors from the Paul Roberts MMA Club. He fought in the 13-17 year boys under 40kg points category. Matthew won his first fight against an Italian but lost his second fight for a place in the final to the eventual winner from Scotland - by one point.  He fought on though to win his third match against a French fighter, to take bronze.  This brings Matthew's medals tally this year, across points and sport weapons at local, national and international competitions to; 4 gold, 7 silver and 5 bronze!!  Matthew has many competitions across the UK and further afield already planned for next year and everyone at school wishes him the very best of luck!! 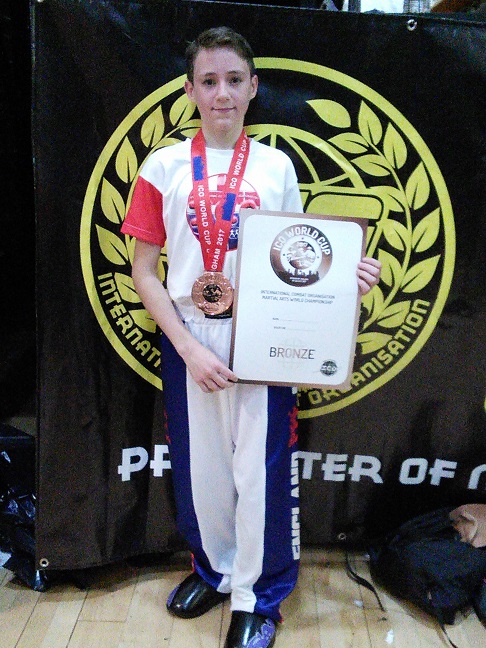